The carpal tunnel is a narrow passageway on the palm side of the wrist containing carpal bones or wrist bones, and ligaments and tendons, with the median nerve passing through its centre.

Carpal Tunnel Syndrome is a common, painful, progressive condition that is caused by compression of the median nerve at the wrist area.

Carpal Tunnel Syndrome is caused by pressure on the median nerve from narrowing of the carpal canal.  Exact causes of the condition are not always known but may include the following which are known to increase a person’s risk of developing the condition:

Medical Conditions:  Conditions associated with developing carpal tunnel syndrome include hypothyroidism, rheumatoid arthritis, diabetes, obesity, gout, overactive pituitary gland, or the presence of a cyst or tumour in the canal.

Hand and wrist conditions should be evaluated by an Orthopaedic hand surgeon for proper diagnosis and treatment.  Early diagnosis of Carpal Tunnel Syndrome is critical in avoiding permanent nerve damage.

Your surgeon will perform the following:

Diagnostic Studies may include:

Electrodiagnostic tests:  Tests done to assess the speed and degree of electrical activity in the muscles and nerves.  Examples include electromyography and nerve conduction studies.

Your surgeon will recommend conservative treatment options initially to treat the Carpal Tunnel Syndrome symptoms.  These may include:

If conservative treatment options fail to resolve the condition and symptoms persist for 6 months or more, your surgeon may recommend you undergo a surgical procedure to treat Carpal Tunnel Syndrome called Carpal Tunnel Release Surgery.

Your surgeon will decide whether to perform your surgery in the traditional manner or endoscopically.  Traditional surgery involves up to a 2” incision in the palm and wrist area, whereas endoscopic surgery involves one or two ½” incisions and the use of an endoscope with a camera for viewing internal structures.

The television camera attached to the endoscope displays the image of the joint on a television screen, allowing the surgeon to look throughout the wrist joint at cartilage, ligaments, nerves and bone.

The benefits of endoscopic surgery compared to the alternative, open hand surgery, include:

Your surgeon will decide which options are best for you depending on your specific circumstances.

The goal of Carpal Tunnel Release surgery is to reduce the swelling and pressure on the median nerve in the carpal tunnel and alleviate the patient’s symptoms.

This surgery is usually performed in an operating room under local anaesthesia on an outpatient basis as day surgery.

Your surgeon makes one or two small incisions, about ½ inch each, to the palm and wrist area. Each incision is called a portal. These incisions result in very small scars, which in many cases are unnoticeable.

A blunt tube, called a Trocar, is inserted into each portal prior to the insertion of the endoscope and surgical instruments.

With the images from the endoscope as a guide, the surgeon can look for any pathology or anomaly. The large image on the television screen allows the surgeon to see the joint directly and to determine the extent of the nerve compression.

The second portal is used for the insertion of surgical instruments.  This portal will be used to cut the transverse carpal ligament thereby releasing the pressure on the median nerve by enlarging the carpal tunnel.

After this ligament is cut, the portals (incisions) are closed by suturing or by tape.

Endoscopic surgery is much less traumatic to the muscles, ligaments, and tissues than the traditional method of surgically opening the hand and wrist area with long incisions.

After surgery, your surgeon will give you guidelines to follow depending on the type of repair performed and the surgeon’s preference.

Complications can be medical (general) or specific to hand surgery.

Risk factors that can negatively affect adequate healing after hand surgery include: 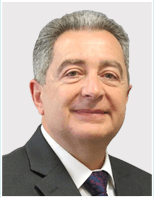 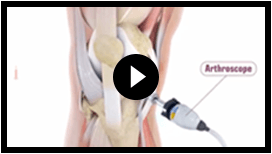